The battle between BoBoiBoy and Jugglenaut continues with the return of the Legendary Space Rebel and an elemental power.

The episode begins with Fang flying his ship to an unknown enemy planet where Captain Kaizo is on an important undercover mission. The two meet at a secret location where Kaizo angrily asks what could be so important that Fang would contact him and potentially blow his cover. Fang shows him a holographic transmission from Commander Koko Ci explaining their current situation and requesting Kaizo’s help. He agrees to help when Fang tells him that BoBoiBoy is there and that the Power Sphere kidnapper is unknown.

The episode continues with the last scene from the previous episode with BoBoiBoy refusing to surrender to Jugglenaut just as Fang and Captain Kaizo arrive. Kaizo assesses the scene and ignores Jugglenaut when he demands to know who he is. Before Jugglenaut can reprimand him for it the captain interrupts him, summons his Energy Blade and promptly attacks, initially catching Jugglenaut off guard.

As the two fight, Fang assures BoBoiBoy that he can rest and leave the rest of the fight to him and Kaizo. Jugglenaut fires a Petrifying Cement blast at Kaizo, which is blocked at the last minute by Fang’s Shadow Grasp. Fang prepares to attack again, but Kaizo reprimands him for interfering, insisting that he alone will fight Jugglenaut.

Jugglenaut calls Kaizo a showoff and switches CementBot with FireBot. With it, he spreads flammable gas throughout the arena and ignites it, creating a huge explosion that throws everyone except Kaizo off their feet, who avoids the blast with an Energy Barrier. At Koko Ci’s command Ochobot scans Jugglenaut to see just how many Power Spheres he has nearby and detects four of them, one of which is unknown. Jugglenaut unleashes intense Flaming Breath onto the barrier before changing tactics and spitting fireballs into the ground. They tunnel under and up into Kaizo’s forcefield, apparently trapping and killing him. However, Jugglenaut’s victory is short-lived as Kaizo—revealed to have drilled his way out with his Energy Blade in time—suddenly leaps out of the ground behind him and attacks Jugglenaut relentlessly. Three of the Power Spheres are freed and Jugglenaut is sent hurtling into the arena wall.

Fang frees Gopal and Koko Ci from the cement and Jugglenaut begs for mercy before bursting into maniacal laughter. He squeezes his nose once and grows bigger with each subsequent squeeze until he is taller than the arena. Ochobot performs another scan and discovers that his “nose” is actually a Power Sphere.

Jugglenaut jumps onto the ground and the force sends everyone flying backwards. Kaizo recovers quickly and attacks with a slash of his Energy Blade. Jugglenaut, however, now takes no damage from any of Kaizo’s attacks and is able to shatter Kaizo’s Energy Barrier with one punch. BoBoiBoy insists they have to help, despite Kaizo previously telling them not to interfere. Though the effort clearly weakens him, Kaizo creates a three-layered Energy Barrier, the first two layers of which are quickly destroyed. Jugglenaut picks up the final layer of the barrier with Kaizo in it and prepares to smash it down, until Fang stops Jugglenaut’s arm with Shadow Fingers, angering both the captain and Jugglenaut.

The latter pulls his arm forward, yanking Fang towards his outstretched fist. In a flash, Kaizo transfers the remains of his Energy Barrier to Fang, which absorbs most of the blow but leaves Fang with an injured leg, proving Kaizo’s point as to why he had to stay out of the way. With Kaizo now too weak to defend them, BoBoiBoy is left with no choice but to use his unstable Power Watch even though Ochobot tells him not to.

BoBoiBoy, revealed to have transformed into BoBoiBoy Thunderstorm, blocks Jugglenaut’s fists with his Thunder Blade. The evolution shocks everyone and he attacks Jugglenaut with a Lighting Vortex and dodges in a teleportation-like manner in spite of Ochobot's protests. He prepares to attack with a Thunderstorm Slash but abruptly transforms back into his normal self, allowing Jugglenaut to swat him into the wall where he glitches into his second-tier power again. Ochobot realizes his power is becoming unstable but BoBoiBoy continues to fight while glitching in and out of his second-tier form.

Kaizo decides that this is enough and deploys his Amber Mask, which greatly enhances his fighting capabilities. He defends BoBoiBoy with a spiked Amber Energy Barrier that Jugglenaut cannot break. He converts the spikes into ropes and uses them to temporarily bind Jugglenaut so that BoBoiBoy Thunderstorm can finish him off with multiple Mega Thunder Strikes and a huge lightning bolt. The Power Sphere rolls off Jugglenaut’s nose and reveals Jugglenaut’s true form: a small, cowardly kid whom Koko Ci recognizes as Juniornaut, a kid who used to visit the TAPOPS Station to perform circus acts until the TAPOPS workers moved on to watch other performers.

Juniornaut tries to apologize but Koko Ci is having none of it. Gopal retrieves the Power Spheres, Fang frees Ying and Yaya and Ochobot scans BoBoiBoy’s glitching Power Watch. He determines that it’s now fine but under no circumstances is BoBoiBoy to use any more second-tier powers until he unlocks the rest of his first-tier powers, lest he risk damaging the Watch further. Captain Kaizo then walks up and compliments BoBoiBoy’s fighting skills since he was the one who really defeated Jugglenaut. The other Power Spheres who were previously cheering Jugglenaut come up to them, grateful to be rescued now that Juniornaut is no longer their boss.

After Kaizo and Fang leave to return to Kaizo’s mission, Koko Ci declares their mission accomplished while they bring the rescued Power Spheres and the arrested Juniornaut back to their ship and head back to TAPOPS as the episode ends. 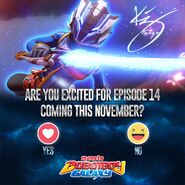 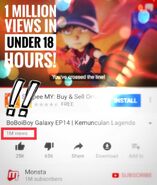 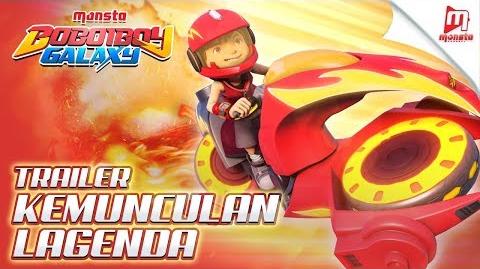 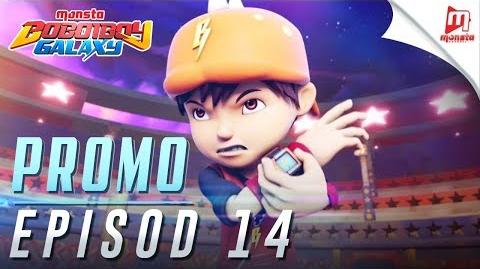 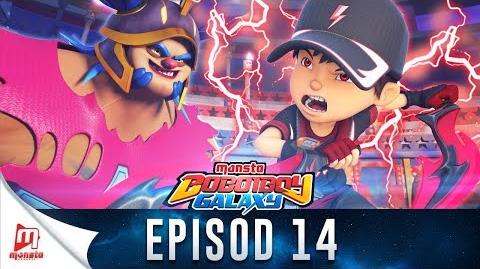