With Admiral Tarung back in TAPOPS HQ, he now heads the training centre and decides to put the new recruits through proper training.

The episode begins just before 7:00 AM in the morning. Gopal and BoBoiBoy are sleeping in proper bunk beds at the TAPOPS Space Station. Tarung enters the room to wake them, but leaves them alone when Gopal asks for five more minutes of sleep. When the clock rings at 7:00 AM, Tarung’s skin colour suddenly inverts, and he throws the boys and their beds out of the room to wake them up, reminding them that the test will start in 10 minutes. As he leaves, Gopal recalls the first time Admiral Tarung acted fiercely.

In the flashback, BoBoiBoy, Gopal and Fang have returned to the TAPOPS Space Station with Tarung and the laundry bags. Noticing they are heavy, Tarung takes the bags and carries them with one arm, astounding the boys. They reach the control room and Tarung confirms to a flustered Koko Ci that he is aware of TAPOPS's current situation. He thanks the “delivery boys,” prompting BoBoiBoy to correct him that they're actually members of TAPOPS. Furious, Tarung’s colours invert to red and he demands to know how they passed the TAPOPS Toughness Test and became members if they were barely able to defend themselves on Planet Dargha’ya. Koko Ci explains that the test was discontinued due to its high failure rate. Believing that TAPOPS has become an easy target because of its ill-prepared members, Tarung commands BoBoiBoy's gang (sans Fang, who had already passed the test) to take the Toughness Test tomorrow morning at 7:30 AM.

BoBoiBoy and Gopal arrive at the arena the next morning to find Yaya and Ying already warming up. As always, both girls' fierce rivalry for first place comes out. Fang struts into the arena, reminding them that he passed the test with an A grade. Tarung and Koko Ci soon arrive to issue the first test: the Easy-A Exam, a 30-minute long written test which stands for Exam of Absurd Skills for Young Amateurs, meaning it's easy to fail. Yaya and Ying answer the questions easily as they studied beforehand. Gopal answers randomly, while BoBoiBoy tries to recall what Ochobot told him about the history of Power Spheras so he can at least answer some of the questions. When the written test is over, Tarung says that if they failed in the exam, they'll be thrown out of the space station, opening the airlock doors as a demonstration. As his wristwatch beeps, he reverts to his kinder self to announce the lunch break.

The team eats lunch with Tarung, who apologizes for his harshness earlier as it's only because wants them to reach their full potentials. Ying asks Fang why Tarung is acting friendly all of a sudden. He explains that the Admiral is only strict during his work hours—7:00 AM to 7:00 PM—and reverts back to his kinder self during breaks. As soon as lunch break ends, his fierce nature returns and he orders everyone back to the arena.

The second test is a survival test, which turns out to be a 2-vs-2 cooking competition (the boys vs the girls) in which they use alien ingredients that could save their lives when stranded on an alien planet. Gopal changes his team's ingredients to more familiar foods, and BoBoiBoy splits into three to get more work done. Yaya and Ying remain undecided on what to cook, prompting them to argue throughout the test. The boys excel under Gopal's command, and successfully produce a dish that Tarung heartily claims tastes like his mother's cooking, earning them full marks. Yaya and Ying present two separate dishes which, despite being edible to Admiral Tarung, earn them no points as they were instructed to work as a pair.

The final test aims to determine their focus. Koko Ci releases the TAPOPS Gorilla and Fang demonstrates how to complete the test. They have to sing a rhyme similar to Pat-A-Cake with the Gorilla without using their powers or making mistakes. Mistakes anger the gorilla and cause him to throw you out of the ring, indicating your failure. Gopal is the first to take the exam but he messes up the words and does the wrong actions, failing. Yaya and Ying ask if they can take the test together. Tarung agrees on the condition that 30 points be deducted from their total score. They succeed, and earn a total of 70 points. When it's BoBoiBoy's turn, he flubs the first line of the song.

After the whole exam, the results are shown: BoBoiBoy is the highest (56%), Ying and Yaya are second equal (53%) and Gopal is in the last place (40%). They are told that the passing score is over 80%, meaning they all failed. An upset Tarung is about to punish them when his watch beeps 7:00 PM and he reverts to his kinder persona to congratulate them for passing. The team thinks they passed the Toughness Test, but Tarung reveals that those tests were only to see if they were fit to take the actual Toughness Test, which is the next morning, making them scream in despair. 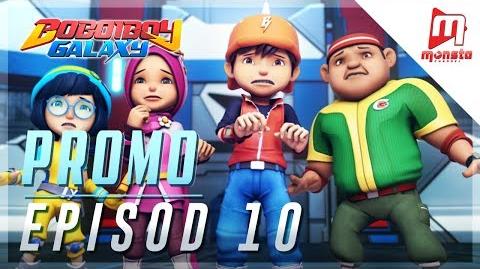 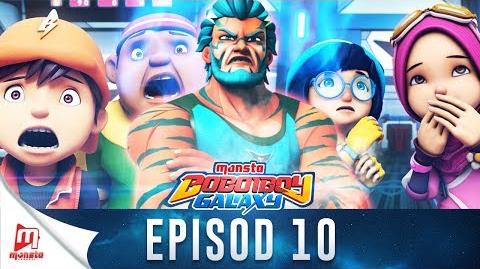