Probe In Memories (Probe Dalam Ingatan) is the 3rd episode of Season 3 of BoBoiBoy and the 29th episode overall in the series.

Adu Du was seen fixing Probe in his home. He tried to use PETAI's core but it didn't match.

At Rintis Island Primary School, Papa Zola plans to distribute the math test that already held on. Many student were frightened and cannot speak anything. Yaya and Ying were shown their rivalry again. Shockingly, Papa Zola mentions Gopal to be the umber 1 student. Gopal was happy, but he was number 1 at the back, which means that he failed. Then he fainted, then he also mentions that Fang was the number one student. Fang was happy and arrogantly insult BoBoiBoy because he is now eager to be more popular. Yaya and Ying were angry and try to scold him. Panicked, Fang was seen hiding behind BoBoiBoy. Actually, similar to Gopal, he also failed at his test and only got 39%. Papa Zola then insulted the class because they can't get a better score and don't study well. He mentions another score of student: BoBoiBoy gets 29%, Yaya and Ying get 38.9%, Iwan gets 10%, and Gopal gets -17%. Then, he calls Tok Aba and telling the result, then he hit Gopal using Whip of Regret.

Again, he mentions Abdul Dudul that gets 20%. The hero was revolt because he is Adu Du, their long enemies. But, Papa Zola said that truth never accepts any reason. All students were revolt because they were never failed at mathematics tests. Then, he commands him to count 1-30 without rest. But, he was disturbing Fang and mentioned many numbers. Although, Fang almost did as he asked as he was nearly at 18. Papa Zola mentioned again that all students need the additional math class every Wednesday. He also says that all students must be present. That includes Abdul Dudul.

Back to the underground place, Adu Du still cried about his failure to revive Probe. Then, Computer called Bago Go and offer help for reviving Probe. He promote the new robot called, "Robey Robot XL 9000" but Adu Du didn't want it. Then, he looking at the core, he says that PETAI's core doesn't match to Probe because they have a different type of robot. He says that PETAI is a combat robot and Probe was the same as a banana. Then, he offers a machine call "Fighter Jet Converter To Banana SX7650". But, the goat disagreed because he cheated them. Afterward, he offer to using Ordinary Computer Converter, but still believe that he cheating, Bago Go decided to end the conversation, but prevented by Adu Du. Then, he requests that he will do anything for Probe, there upon taking Probe's core and need the converter, but Bago Go tell the budget.

In Tok Aba and BoBoiBoy's Cocoa Shop, scared BoBoiBoy and Gopal were trying to find a way to tell Tok Aba about their failed math test, but Tok Aba and Ochobot know it from Papa Zola that were drinking cocoa. Suddenly, Mr. Kumar coming and mad at his son. He tell that Abdul Dudul and Probe were disturbing them. Mr. Kumar shocked and think him as a ghost. He whisper to Papa Zola to held the additional class and command BoBoiBoy and Gopal to find Abdul Dudul. After that, they plan to go to Adu Du's place. But suddenly, Adu Du point wsith the weapon and order them to give all of Tok Aba's cocoa. They tell their problem and command Adu Du to join with them. He tell that he need tso redeem the machine. Bago Go say that to get the converter, Adu Du must pay 79 million and 79 cent after been discount around 75%. The goat was revolting the prices, but he cannot decrease the cost. Then, Adu Du says that he can give him Cocoa and exchange it with the new weapon. Then, he summon the Cocoa Jumbo to attack BoBoiBoy, Ochobot, Tok Aba, and Gopal. 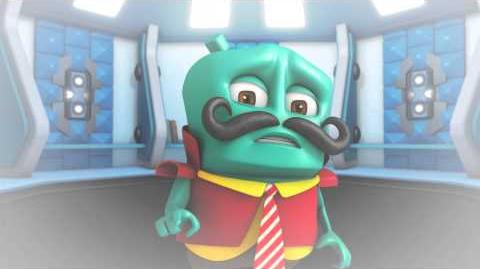 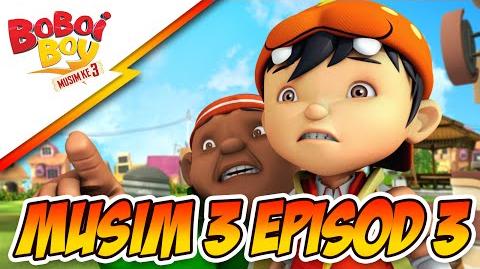 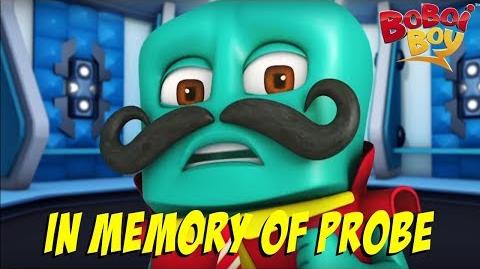