Battle Royale
This is the 12th episode of Season 2 of BoBoiBoy and the 25th episode overall in the series.

Ejo Jo landed on Earth and used his robot PETAI to destroy Probe, BoBoiBoy and his friends.

Ejo Jo already landed on Earth when Adu Du was trying to defeat BoBoiBoy when his class have a math test, Amar said that it was a plane, but Papa Zola decided to escape. All the students were seeing him confusedly. Ejo Jo out from his ship and land above Papa Zola's truth car. BoBoiBoy accused Adu Du called his gang. But he said that he and Ejo Jo were hostile. Ejo Jo called BoBoiBoy and with his gang plus Fang, he went down with school exit permission passes.

After BoBoiBoy and his friends faced Ejo Jo, BoBoiBoy asked Ejo Jo what did he want. He wanted BoBoiBoy to give the Power Band and Ochobot.

But Adu Du shouted to not expect it. He say that he was the one allowed to have it. Ejo Jo wanted to shot him

using his laser gun, but Probe throw a bucket to him cause chaos at school, He was upset and let down his robot. He state that his robot name was PETAI But all the student include Papa Zola laugh that known his name base on the food. Suddenly, the robot directly attacked Probe and he turned to Super Probe. Then, it shot a huge missile which cause the mess in the school. Then, it shot a beam of laser cause a big mess to him. He wanted to attack Adu Du, but Probe got up.

BoBoiBoy and his friend wanted to help, but Ejo Jo shot a red laser beam to him. Fang said he was a cruel person, but Ejo Jo state that it was a beginning. Probe was bounce up, but the robot shot again. He wanted to shot Adu Du, but Probe shielded him for the last time cause the destruction of him. He say that Ejo Jo come to Earth cause he was in here. His last word was, "Probe, Destroyer robot: Final mission, completed". Then, he was deceased.

Yaya attack him using Powerful Super Punch and Ying kick him using Thousand Times Kick and Gopal turn his missiles to a candy pile. Then, he create a shield from Banana Frites and trap him inside it. He was scared, but the robot has risen again and attack the group.

BoBoiBoy shield Fang using Earth Wall and was defeated again. He wanted to kidnap Ochobot, but Gopal tell him the location. Ejo Jo said ordered Petai to dig underground Earth, the robot was about to destroy the school and all of them ran. Papa Zola screamed like a girl when the debris was drop. Gopal changed the debris to jelly.

BoBoiBoy Cyclone projected Whirling Vortex Wind to attack Petai underground and finally Ochobot was freed. Fang saw Ochohot and came to rescue him, BoBoiBoy Earthquake used Earth Fulfillment to hold the school and stop the shaking. BoBoiBoy saw that Yaya, Ying, Gopal, and Papa Zola were captured by Petai and Ejo Jo, at the sametime, he took all of their power bands. BoBoiBoy splited into three and made a discussion on how to save his friends, they combined Whirling Cyclone and Earth Pillar to created a Sand Storm to blur Ejo Jo's view but he was teleported by his spaceship along with BoBoiBoy's friends.

BoBoiBoy Wiki has a collection of images and media related to Season 2, Episode 12. 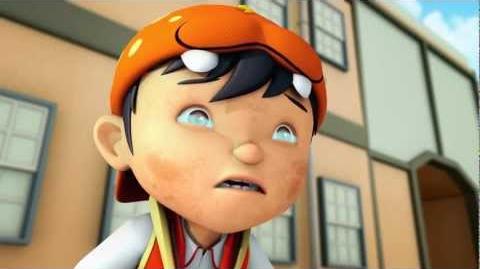 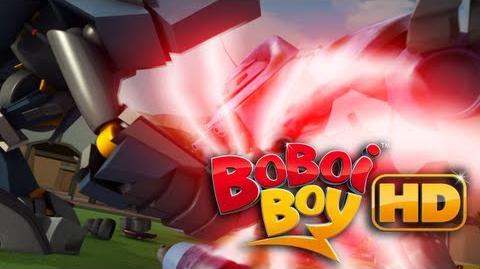 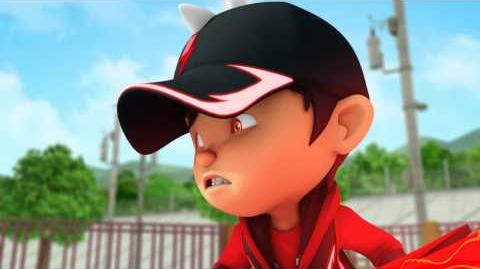 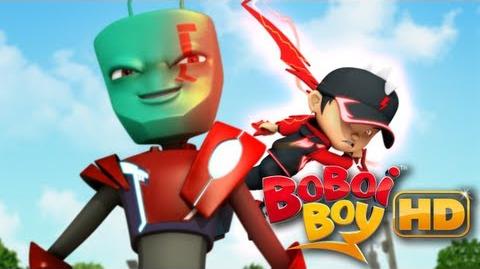