Yaya was caught right after Ying. When Gopal was captured next, he finally found out that he could turn any object into food. The four friends then raced for the exit.

After BoBoiBoy defeat the Multi-Monster, he failed protecting Ying from Adu Du by kidnapping her, then he tried ask help from Gopal but he is busy looking for his real power which made BoBoiBoy a bit impatient with Gopal.

Adu Du continued his plans and tried to kidnapped Yaya. In the same time, Probe disguised himself as Mrs. Stephenson and said to Yaya that he will buy all her biscuits but Yaya finds out that he is Probe and punched him away. Because of this, Adu Du planned to get her by himself with his Spaceship which took him to a chase but soon, she has been captured, BoBoiBoy and Gopal finds out about this so they tried to get help from Tok Aba.

Tok Aba had made a plan, but did not became successful because Gopal is not aware of what does "Just pretend only" phase really mean.

When Adu Du was about to anihilate Gopal using his saw, it became a pizza. Gopal is still unaware about what he had done until Computer explained that he can transform things into food molecules. Adu Du was surprised when he found out that BoBoiBoy had managed to free Ying and Yaya without seeing him. But when he opened the door, he was surpised that Ying and Yaya had already escaped with BoBoiBoy, Adu Du blamed Probe and Computer for not guarding the doors, when Probe was about to go out to find BoBoiBoy, he was shocked because of the Lightning Kris that BoBoiBoy put so no one can get out.

Gopal explained that he can transform things to food. 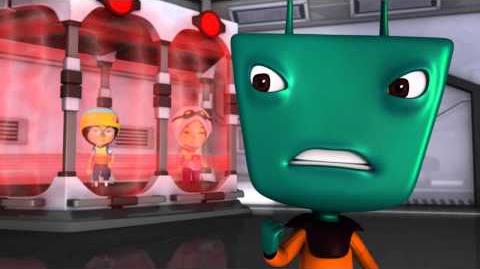 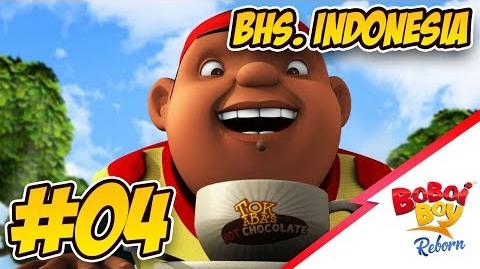