Qually is a new character in BoBoiBoy Galaxy (Season 2) that appears as the main antagonist in the second to sixth issues. He disguised himself as a pupil of Guru Gaharum when he met BoBoiBoy and friends.

From time immemorial, Qually has aspired to be one of the greatest cooks in the entire galaxy. But, his mother and father did not allow him to be a cook and he better be an animator. However, Qually does not like to watch cartoons. He ran away from home and determined to go out and study to ensure himself to be the best cook. He travels to find experience, working in a restaurant. But he still did not get what he was looking for until one day Qually heard the news about Guru Gaharum, the legendary cook to the elemental owner King Balakung who is said to be a hermit on Planet Rimbara. Qually went on a journey to the dangerous Rimbara wilderness to find Guru Gaharum and seek knowledge with him.

Gaharum assigns Qually to ask him to find four materials to prove that he is worthy to study with him. However, Qually did not manage to get all the materials requested. When he founded that BoBoiBoy and his friends got the same assignment, he followed them and disguised himself as a student of Guru Gaharum.

During his first appearance, Qually was shown to be brave, friendly, and protective to BoBoiBoy and his friends. Although seen helping BoBoiBoy and friends find materials that Guru Gaharum has asked, but he was only using BoBoiBoy and his friends as a way to get those four ingredients. After Fang realizes his evil intentions towards BoBoiBoy and his friends, Qually is revealed to be a selfish, cunning, noisy, dishonest, and greedy alien due to his obsession with finding four ingredients so that he qualifies to study with Gaharum. He likes to brag about how many ingredients he stole and look down on BoBoiBoy and friends as useless people and obstacles to his plans. His obsession began when he aspired to be a cook since childhood, but his parents forced him to do business. Due to that, he ran away and collected ingredients for cooking. He is also not afraid to deceive his enemies and cheating to get anything.

Qually has green skin. His hair consists of green leaves and there is a mini tree on his hair too. On his head and belt, there is the letter Q which is the first letter in his name. His iris eyes color are also green. 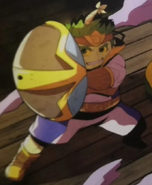 The Wisdom of The Fiery Pan 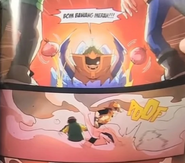 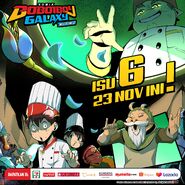 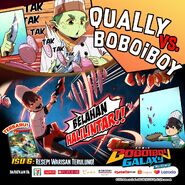 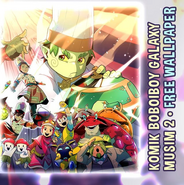 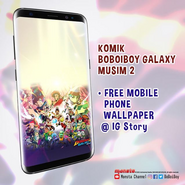 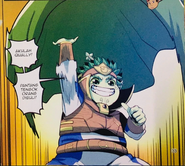