BoBoiBoy must chase and defeat his arch nemeses, Adu Du and Probe, who have kidnapped MotoBot and brought him to a Space R&R.

The episode begins with a spaceship arriving at an alley on Rintis Island. Adu Du and Probe descend from the ship, declaring their time has come.

At the cafe, MotoBot worries about the the Space Pirates coming to Earth since the repairs on Koko Ci's spaceship will take a couple more days. Koko Ci insists that since he can repair the ship, using MotoBot to create a new ship would be a waste of the Power Sphere's energy. BoBoiBoy uses his Elemental Split to help his grandad at the cafe. Wind gives Koko Ci an ice chocolate, and Gopal, who was selling photos of the ship to passersby, enters the ship to explain what it is.

From behind the ship, Adu Du floods the area with Sleeping Gas, putting everyone inside the ship and the customers at Tok Aba's cafe to sleep. Ochobot and Tok Aba run away before the latter is affected. Adu Du confronts MotoBot, but he removes his gas mask to introduce himself as a Power Sphere Hunter. He is swiftly overcome by the gas, leaving Probe to capture MotoBot.

The next morning, Tok Aba and Ochobot return to the cafe to wake BoBoiBoy, Gopal and Koko Ci, and explain that MotoBot was kidnapped last night.

Immediately, Koko Ci tries locating him through a tracking device he places on rescued Power Spheres. They find him 159 million lightyears from Earth, but since their ship is inoperable, Koko Ci has an idea that he calls Operation Cloak And Swagger. The plan is for Gopal and BoBoiBoy to disguise as aliens and teleport to a service station where the hunter's spaceship will make a pitstop. BoBoiBoy suggests they confront the hunters directly, but Koko Ci refuses as the hunter could be dangerous.

In Adu Du's new spaceship, Probe wakes Adu Du from a dream about becoming a legendary Power Sphere hunter, and he's elated to find that Probe has captured MotoBot. Their ship starts running out of energy, so they head for the nearest station to refuel.

Koko Ci, Ochobot, Gopal and BoBoiBoy arrive at the service station as employees. Aboard the first ship to arrive are Alien Mops, who resemble BoBoiBoy and Gopal's disguises. Koko Ci's tracking device detects MotoBot's signal on the second ship. They recognise Adu Du and Probe, and see MotoBot with them.

BoBoiBoy catches up to them as Lightning and tries to stop them with his Lightning Blades. Adu Du retaliates with blasters and missiles, but Earth blocks them using Earth Barrier. He uses Earth Grip to stop them, but Probe's Mecha Probe Mode breaks through it. He launches missiles at Gopal and BoBoiBoy that Wind deflects, but Mecha Probe jumps through the explosion and attacks, forcing the boys to retreat.

MotoBot uses his power to make a jeep and a motorbike for Gopal and BoBoiBoy that speed them out of Mecha Probe's blast radius, and also channel their drivers' powers.

BoBoiBoy splits into three and, with each Element on their own bike, Adu Du is quickly defeated. He and Probe escape in his ship before they can be captured, and he vows to return.

Gopal is surprised at how many ruthless and relentless Power Sphere hunters there really are. Koko Ci agrees and again asks them to join TAPOPS. Gopal sees a chance for them to travel the Galaxy while protecting, and BoBoiBoy finally agrees to join TAPOPS. However, Koko Ci still has to teach them the introduction dance before they can join.

Differences with the Comic Version

Differences with the English Dub 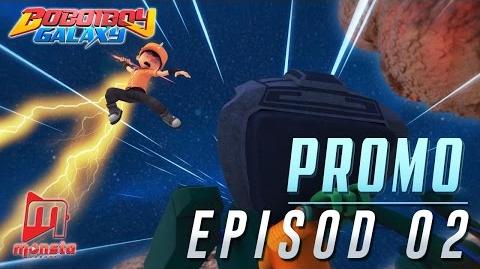 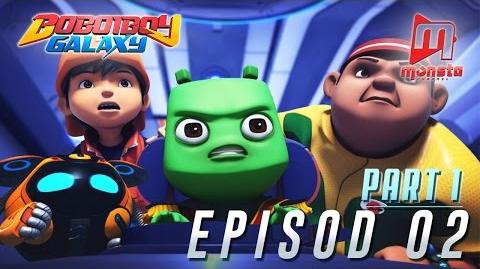 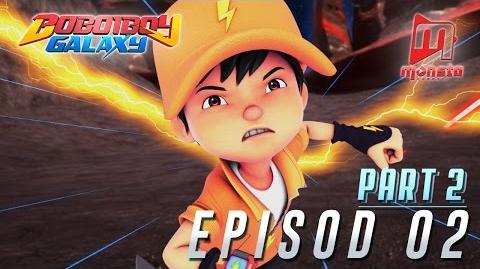 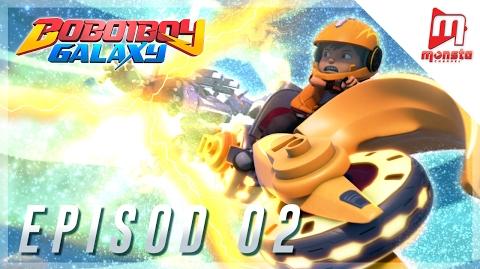