TAPOPS Space Station has been infiltrated by Jokertu’s accomplice, who has stolen Power Spheras in the station for a mysterious evil master.

The episode begins on a circus-themed planet. A bulky, unknown character learns of Jokertu's capture from two Power Spheres that he owns. The matter doesn't concern him, though, as Jokertu has served his purpose, and TAPOPS is oblivious to a second intruder in their station.

At the TAPOPS station, Koko Ci orders CardBot to release Jokertu from his card so that he and BoBoiBoy's gang can interrogate him. The clown immediately attacks them, forcing Ying to trap him in a Slo-mo Field. Once she releases him, he remains uncooperative, even after Fang relentlessly tickles him for an hour with his Shadow Fingers. Admiral Tarung drops by before 7 o'clock, to everyone's relief, to check on their progress. He offers the exhausted Jokertu his drink just as 7:00 pm strikes. In his severe persona, Tarung intimidates Jokertu with his immense strength by slapping the wall behind Jokertu and crushing it, asking if he wants to end up in the same state. Terrified, Jokertu blurts that he was sent to distract them from the presence of a Power Sphere thief.

Koko Ci rushes to check the station's security cameras for any suspicious activity, but finds nothing. BoBoiBoy and Gopal doubt Jokertu's story until Tarung tells them to scan for Power Spheres on board and they detect an unregistered Sphere, confirming that there is an intruder. Tarung splits the gang: Fang is to gather his team (Sai and Shielda) and guard Jokertu; Ying and Yaya are tasked with finding the thief; BoBoiBoy and Gopal are sent with Koko Ci to the Power Sphere vault.

Having memorised the whole station's map, Ying sets off with Yaya behind her. The boys and Koko Ci reach the heavily secured Power Sphere vault, where particularly valuable Spheras are kept in dormant mode. They find the three Power Spheres are missing from their hibernation chambers, but their signals, albeit weak, are still in the station. Koko Ci puts out an announcement for all members of TAPOPS to search for the Power Spheres.

From within the air vents, the thief hears the commotion around the station and turns down a different vent, accidentally breaking into Papa Zola and Cattus' quarters. The thief crashing through the vents wakes up Papa, who mistakes the thief for a white goblin and screams, making the thief flee. His high-pitched scream alerts Koko Ci, and, after failing to blame Cattus for the noise, he reports his sighting of the Power Sphere-toting "goblin".

Koko Ci, BoBoiBoy and Gopal reconvene with in the laundromat area. 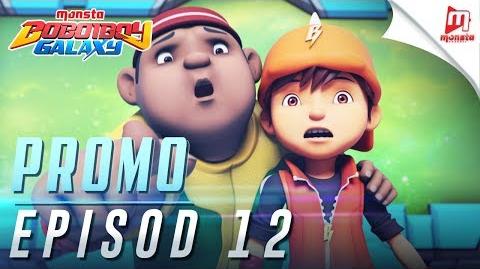 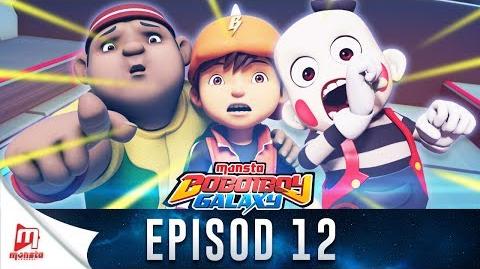