Papa Zola is a character in BoBoiBoy and Papa Pipi.

When Zola was young, he apparently was very ambitious. He had wanted to be a lot of things, as seen in a flashback. He had said he wanted to be a superhero, a math teacher, a soccer referee, and a physical education teacher, all of which he seemed to have achieved at the time of his adulthood. It is also briefly stated in What Yaya Says that he had also wanted to be a chef.

Later on in his life, he settled down and got married to Mama Zila.

In his first appearance, he was first seen in the movie, he gets mad as his enemy the Sleep Monster, came to Earth which destroys it's beauty. Later he enters to Tok Aba's house at the time BoBoiBoy and Gopal had came out inside the game in Season 1, Episode 8 and Gopal mentioned his name, then he finds out that Sleep Monster also came to the Real World along with Adu Du and Probe and attack BoBoiBoy's friends with the help of Adu Du and Probe.

BoBoiBoy, Gopal and Papa Zola entered Sleeping Monster's dream when Papa Zola and Sleep Monster was about to fight, but Gopal challenged them to play checkers. As soon as they are playing in the first round, Papa Zola loose because he doesn't know how to play. In the second round he was replaced by Tok Aba, who is good at playing checkers, then he wins. In the third round, Both Tok Aba and Sleep Monster used their own Powers to win but Sleeping Monster destroyed the checker table and Papa Zola's foot got stuck which make him pass away. Finally BoBoiBoy defeated the monster by using combo moves with the three BoBoiBoys.

He failed on some his interview to get a job until once day he get a job as a Math and P.E. teacher in Rintis Island Primary School, which surprised BoBoiBoy and his friends.

Papa Zola used Yaya's power to attack Ejo Jo, he chose her powers because the power band was color pink. He entered the game world again to save his wife Mama Zila.

Since the events of the movie, Papa Zola has presumably continued his job at Rintis Primary School. He was there when Koko Ci arrived on Earth. Later he decided that he wished to tag along on BoBoiBoy's adventure, stoawaying on their ship when they left.

Papa Zola later was promoted to TAPOPS Captain, after he managed to defeat a space mosquito from hurting BoBoiBoy, officially joining the team on their adventures.

Papa Zola and his daughter Pipi Zola spend their time together to go on small adventures in Rintis Island.

Papa Zola is wearing a superman-style blue suit, complete with a red eye mask and a gold belt that has the emblem like a "P" car sticker on its studs. His body was fit but his waist was a bit slender enough to cause his belt to fall.

Papa Zola is known for his "paternity" superhero style. The purpose of being a superhero is to "uphold the justice". He also showed his wisdom when training Gopal . Papa Zola always cares about the truth and loves to use the word "justice" in any situation.

After Papa Zola came out of his gaming world, Papa Zola tried to find a new job to earn a living by interviewing every company on Rintis Island. After trying for a long time, Papa Zola finally became a Mathematics teacher and loved to ask complicated test questions in the 5 Honest. Apart from that, Papa Zola is also a Physical Education teacher and referee in football games.

Despite seriously carrying out his duties as an officer, he has a childish and sometimes selfish nature. This shows that his character remains a joke for the viewer and is also a comic release from the entire series and franchise. However, Papa Zola also has one major drawback: being too hasty and lacking in preparation to face the enemy. Especially when challenging the Sleeping Monster to play checkers in the dream world.

Papa Zola does not have any supernatural abilities given to him, like BoBoiBoy and his friends, but he does seem to be physically rather strong. He is strong enough to lift BoBoiBoy with ease.

He likes to announce his 'moves' with gusto, even though they might not have that much of an impact. Some of which include, but not limited to:

Although temporary, Papa Zola utilizes Yaya's Power Band and has the temporary Gravitational abilities that Yaya had in Season 3; however, he later returned them.

BoBoiBoy Wiki has a collection of images and media related to Papa Zola. 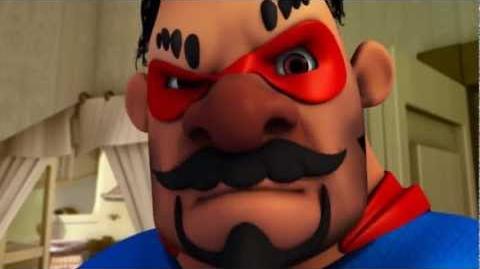 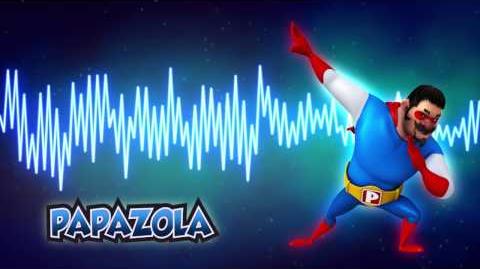 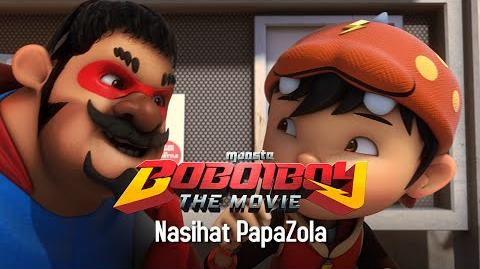