Leader of the Five Generals and Reramos' right-hand man

General Muskida is a character first appeared in Season 2 of BoBoiBoy Galaxy. He is the right-hand man of Reramos and the leader of the Five Generals who control the Kelkatoan Army.

Muskida is a short-statured creature whose head resembles that of a fly, with a greenish hue, a pair of large red compound eyes, and a short proboscis-like mouth. He controls a swarm of little flies which he uses for combat and reconnaissance. 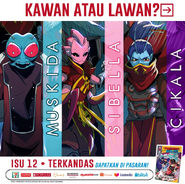 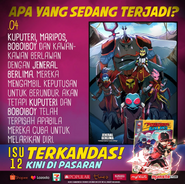