Mama Zila is a character from the BoBoiBoy series and is Papa Zola's wife.

In Papa Zola & Mama Zila, Mama Zila haven't appeared on the episode, however her name was often mentioned. In Season 3, Episode 11, she made an appearance in the game world and shows her beautiful meditation that makes BoBoiBoy and Gopal spellbound. Papa Zola, namely her husband, then leads her into the real world but blindfolds her eyes. Papa Zola advised Mama Zila to not open her eyes yet, but Probe couldn't wait and disobeyed Papa Zola's orders. Probe then continues to unwrap Mama Zila's blindfold. After opening her eyes, she sees that the environment around her (Mr. Kumar's House) is a mess. Due to her suffering OCD, (Obsessive Compulsive Disorder) she turns into a big monster and went to the town.

The Monster-like Mama Zila went into the city to fix everything that is not in order for her, they defeat her by making the castle untidy which she does not like the most, after Mama Zila's defeat, she managed to turn back to normal. She then thanked BoBoiBoy and his friends but she became mad again after Probe ripped a money.

Mama Zila made a brief appearance at the end of the movie, welcoming back her husband from the adventure during the credits.

Mama Zila had a voice-only role in Looping Loopa, in which she informs Papa Zola via the phone that he had to pick up some stuff from the supermarket before returning home over Tok Aba's phone.

Similar to the first movie, Mama Zila and Pipi Zola waited at Tok Aba's Kokotiam to welcome back her husband. Near the end of the movie, she got angry with Papa Zola for bringing their daughter with him into space. As a result, his husband was retired from TAPOPS.

Mama Zila has a spindly body, with big blue eyes. She wears a red scarf with a blue and green dress memakia long-sleeved shirt in black.

When she is in her monster form, she is a pink dinosaur that looks similar to Sleep Monster, and still wears her jilbab. (A head accessory for Muslim) She has several curly spikes on her back and a white underbelly. Her eyes also turned red.

According to Papa Zola, Mama Zila suffers from OCD, which means that she cannot stand objects that are not neat, tidy, or not symmetrical. In the original game, she has a curse in which whenever she suffers her OCD, she turns into a big monster. However, that disease has been cured by BoBoiBoy in episode Mama Zila Attacks.

When in her giant form, she has enhanced strength, she can push and lift buildings and cars to make them symmetrical/put them in the right place. She is also immune to BoBoiBoy Thunderstorm and Cyclone's attacks, as seen in the episode that she could straighten the Thunderblades. 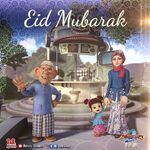 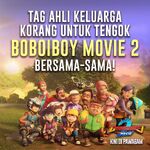 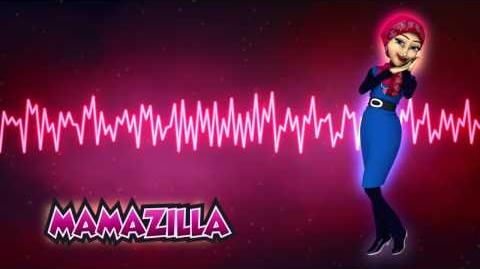