The Extended Finale is the extended scene of Season 1, Episode 13. It lasts for 6 minutes and 44 seconds. It was made by Animonsta because of the popularity of the series.

Three days later, after BoBoiBoy defeated Adu Du and Mukalakus, Tok Aba, Ochobot and BoBoiBoy were waiting for the train. BoBoiBoy was so excited, but Tok Aba and Ochobot will miss him. Before he walks into the platform, Tok Aba reminded BoBoiBoy that he should not forget him and his friends.

As BoBoiBoy is about to leave when Gopal, Yaya, and Ying went to the waiting area. Gopal walks in slow motion with the lines, while weeping: "Waaaiit for meeee, BoBoiBooooy!", until Tok Aba told him to knock it off.

Gopal cries, but BoBoiBoy comforts and hugs him because Gopal is still his best buddy. Yaya gives her biscuits to BoBoiBoy. At first, he didn't want it, but Yaya pleaded him and he accepted it, As he enters the train, he passed by a mystery boy. When they are waving goodbye and crying, Tok Aba found himself standing inside the train with BoBoiBoy as mentioned by Ochobot.

BoBoiBoy ended his words by saying "Yeah, awesome". When the train left, his friends wave goodbye once more.

Meanwhile in the Junkyard, Adu Du vows to return and be ready to defeat BoBoiBoy again. As he speaks, dark clouds pass by Rintis Island after BoBoiBoy left. Probe told him it is about to rain and he made their shelter. He wants to share it with Adu Du. Adu Du had no choice, but to stay in the shelter that Probe made to avoid getting wet.

Six months later, in Rintis Island Primary School, the teacher said to the class that there will be a new student. Yaya, Ying, and Gopal anticipate the student, and they were surprised because BoBoiBoy is the new student. 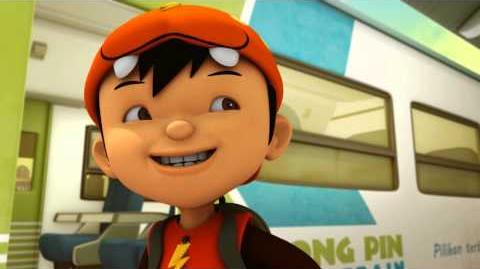 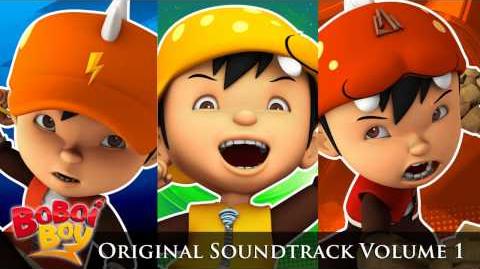 BoBoiBoy Wiki has a collection of images and media related to Extended Finale.