"Enemies, Old and New" ("Musuh Baru Dan Lama") is the 24th episode of Season 3 of BoBoiBoy.

The episode starts exactly where the last episode ended, with Fang examining the hologram of Ejo Jo's Spaceship. He realizes that Ejo Jo is coming to Earth very soon and says "I'm sorry, BoBoiBoy" before leaving the room.

The next morning, BoBoiBoy is at Tok Aba's shop reading the postcard he received from his parents after the Earth Day Carnival. He receives an alert on his Power Band about trouble in the Junkyard. He leaves to check it out and finds Yaya, Ying and Gopal are there as well. Gopal asks why BoBoiBoy sent out the message to which the latter replies that he didn't and also received the message.

Adu Du and Probe suddenly show up, the former proclaiming that he was the one that sent the message. BoBoiBoy prepares for a fight until Supervillain Jero Jero call for a truce and reveal why they called them: to warn of Ejo Jo's impending return so that they can work together and prevent a repeat of the first time he came to Earth.

After some initial shock, BoBoiBoy and his friends appear doubtful of this story until Probe reveals their sources: Shield Monster, who works for Ejo Jo, and Bago Go's Spacebook profile, causing them to faint from exasperation. Adu Du then showed them the pictures on Ejo Jo's Spacebook profile of how much stronger he's become.

Just as BoBoiBoy wonders when he will arrive, Ejo Jo's feed updates with a sky-view image of BoBoiBoy's Gang, Adu Du and Probe in their current positions announcing his arrival on Earth. Suddenly, the sky grows dark and stormy and Ejo Jo's spaceship appears, causing everyone to prepare for battle. Gopal tries calling Fang since he is still absent but he doesn't answer.

Meanwhile, Ejo Jo jumps off the ship as a mecha suit forms around him before he lands on the ground, which is called "S.A.M.B.A.L.!" Everyone laughs as the suit is named after a food. Enraged, Ejo Jo fires a laser at a hill behind them that completely obliterates it. Their shock only grows when Ejo Jo reveals the five PETAI robots also at his disposal.

But before they can attack, another spaceship arrives and beams another alien down to Earth. Ejo Jo's reaction to the newcomer hints that he already knows who he is. The newcomer suddenly attacks Ejo Jo twice, swiftly incapacitating him. Seeing that their Master was harmed, the P.E.T.A.I fleet fire at the attacker who in turn remotely beams down a purple alien that consumes the lasers and fires them back, destroying the P.E.T.A.I. fleet and Ejo Jo's ship. The alien finds Ejo Jo still unconscious among the wreckage and throws him up for the ship to beam up. Though Gopal is relieved he is defeated, Adu Du remains suspicious of the newcomer's actions. Then, Ying points Fang out on a nearby hill and the rest of them call his name out in surprise.

Fang walks up to the newcomers, unable to hear his friends' words due to the distance, and salutes them. They return the gesture as if they know each other, much to the kids' confusion. Through a pair of binoculars, Adu Du notices an insignia on the man's sleeve and fearfully identifies him as Captain Kaizo, The Legendary Rebel.

Captain Kaizo, Fang and the purple alien the make their way over to the group, causing Adu Du and Probe to leave out of fear. When they reach the heroes, Captain Kaizo raises his mask and reveals himself to look like a human. He ignores BoBoiBoy's question and asks Fang if he was the leader of these "children", which Fang confirms.

The captain then introduces himself and the purple alien as Lieutenant Lahap. BoBoiBoy demands to know what he wants and Lahap answers that they want to their Power Bands as well as their Power Sphere, which they refuse to hand over as they earned them. Fang explains that Kaizo needs them for an important mission, but BoBoiBoy asks what their mission is and why he's helping them, reminding him that he's their friend. However, Captain Kaizo reveals that Fang is actually one of their spies, an alien just like he is and that his real name as "Pang", or "Private Pang", all of which (save the latter) surprises BoBoiBoy's Gang.

He tells BoBoiBoy to hand over their Power Bands and he asks what will happen if he refuses, so Captain Kaizo answers that Private Pang will beat them up, despite Fang's protests that this was not their agreement. The captain forces him to prove his loyalty by defeating the "weak" Earthlings, an order he has no choice but to carry out. Yaya implores him to stop but Kaizo remarks that he will obey him without question. Gopal tells BoBoiBoy to attack the captain since he is the source. He tries to use BoBoiBoy Thunderstorm but Fang stops him with his powers before apologising and attacking him.

Gopal, Yaya, Ying tries to help BoBoiBoy. But, Captain Kaizo creates a forcefield so that BoBoiBoy and Fang will continue fight on their own. Thunderstorm takes the first blows and accuses Fang of going too far. The girls ask how he could lie to them like this, to which he replies that none of them will understand his important mission. He reveals his newfound Shadow Koala that despite looking amusing, distracts Thunderstorm long enough with a "hug" for him to attack with his equally new Shadow Polar Bear.

Thunderstorm transforms into Quake and summons an Earth Golem to destroy the Polar Bear. Immediately, the Golem goes to punch Fang, but he taps the logo on his glasses, transforming it into a mask that activates his original power: Perforation Power.

He uses this power to pass straight through Quake's defenses. Upon reaching him he deactivates the mask and attempts a Shadow attack, but Quake switches to Water and blocks it. Water realises that Fang can only use one power at a time.

After being challenged to withstand his next attack, Water transforms into Fire and attacks with Fire Shackles. As his opponent jumps up to dodge them, Fire swiftly switches to Thunderstorm and attacks him before he reaches the ground.

As soon as Fang recovers the two of them run at each other, both brandishing their most powerful attacks. Yaya and Ying try to stop them by reminding them that they are friends, and after this split second revelation they manage to divert their attacks at the last second so that the objects behind each other are destroyed instead. 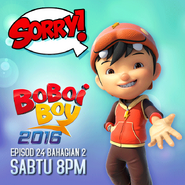 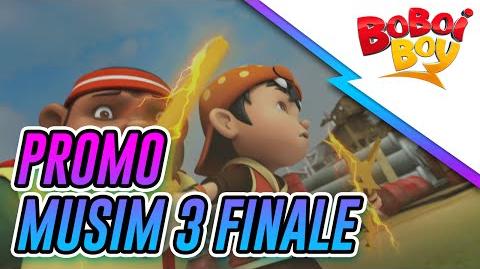 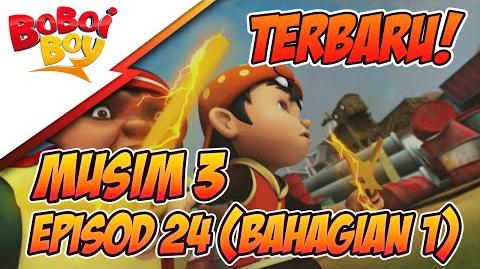 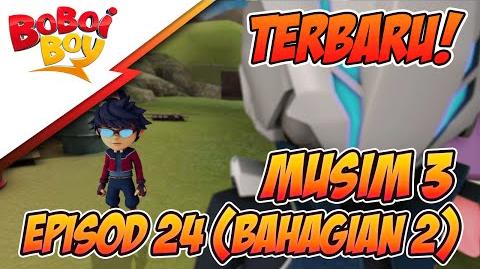 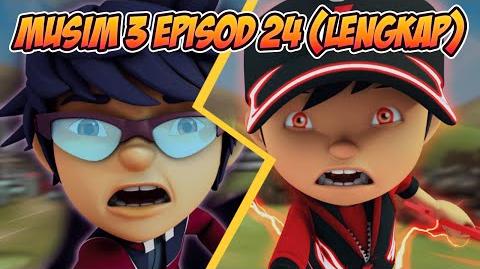 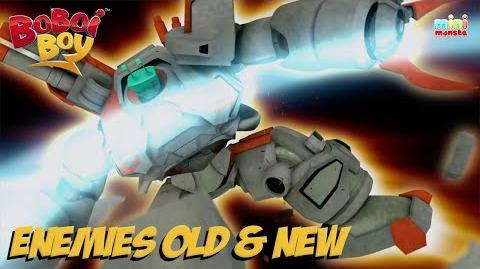