After crash-landing on Planet Junkberg, Team BoBoiBoy explore the nearby Scrapyard in search of replacement parts and stumble headfirst onto an underground syndicate selling counterfeit Power Spheras.

The episode opens on a city named Junkberg. In a back-alley, a Kubulus alien pays another alien for a package containing a shiny, glowing object. With his customer more than happy with his purchase, the seller encourages him to come again.

Elsewhere, BoBoiBoy's gang are receiving a transmission from Tarung and Koko Ci on a TAPOPS spaceship piloted by Papa Zola. The admiral praises BoBoiBoy for another successful mission, and Koko Ci adds that his popularity at TAPOPS has increased, making it more likely for new recruits to follow his example. BoBoiBoy insists that their success was a team effort, much to Fang's displeasure as he still appears to be jealous of his greater popularity.

After the transmission ends, Papa Zola also congratulates BoBoiBoy for succeeding, believing it was because he was the boy's idol, but leaves Cattus to pilot the ship in doing so. The small cat struggles to fly through an asteroid field, and Papa Zola intervenes too late to avoid a collision that greatly damages their engine, preventing them from travelling too far. Gopal suggests teleporting instead, but Ochobot has used too much on their last mission to be able to.

While Captain Papa and Gopal panic, BoBoiBoy locates the nearby dump site planet, Planet Junkberg. Ying deduces that there must be a used parts market there where they may find something to fix their ship, so they head there immediately. Unfortunately, the engine is completely broken by the time they land, placing further urgency on their search. It's agreed that Captain Papa, Cattus, Ying and Yaya stay behind to guard the ship from possible scavengers, while Ochobot and the boys (including a snappy Fang) search for the necessary parts.

In the huge marketplace, Gopal locates a food stand where Ochobot and BoBoiBoy prank him by making him think he's eating space lizard kebabs, resulting in his extreme methods to get the taste out of his mouth. Fang lets the others goof off in favor of investigating a shifty alien he noticed entering an alley alone. He witnesses an exchange between the alien and the same alien seller from the beginning of the episode, whom Fang's glasses identify as Gijimo, one of TAPOPS' most wanted criminals.

At that moment, BoBoiBoy goes over and asks Fang if something is bothering him, referring to his strange behaviour earlier. Fang dismisses it as fatigue before he runs down the alley in pursuit of the buyer, leaving BoBoiBoy to protest their splitting up. He quickly finds, ambushes and intimidates the alien with his shadow powers into revealing Gijimo's whereabouts, as well as discovering that the alien purchased a fake Power Sphera resembling GigiBot.

While making his way to Gijimo’s base, Fang dreams that capturing Gijimo by himself will make him more popular than BoBoiBoy in TAPOPS. He knocks on the door and Gijimo prompts him for a passphrase. Fang gives the correct one, making BoBoiBoy ask Gopal and Ochobot about the phrase’s logic. Gopal reveals to a shocked Fang that they followed him after he ran off, while BoBoiBoy assures him that completing missions as a team is more important than his “popularity competition”.

Fang and Ochobot explain the situation to BoBoiBoy and Gopal as they enter the base. Gijimo asks who they are, and Fang lies that they are new customers looking for something costing a lot of money. The sight of cash allows Gijimo to heartily welcome them to “Gijimo’s Emporium”. Fang clarifies that they’re looking to buy a Power Sphera, so Gijimo brings up his display racks filled with capsules that Ochobot confirms contain fake Power Spheras.

Gijimo assures them that their powers are real before trapping them in his base, having recognised BoBoiBoy as a TAPOPS member. BoBoiBoy demands he surrender himself, to which Gijimo responds by releasing the fake Power Spheras to attack them, confirming his earlier statement about their powers. BoBoiBoy, however, performs an Elemental Split with BoBoiBoy Earth, Water and Fire, and easily disables the Power Spheras along with Gopal. Gijimo marvels at BoBoiBoy’s abilities, and runs back further into the base with Fang behind him.

He manages to barricade himself in a back room, but later opens the door to reveal the huge, real twin Power Spheras that he owns named CopyBot and PasteBot. He orders them to “copy” BoBoiBoy, which they do by having CopyBot scan BoBoiBoy to obtain his information, and having PasteBot produce “pirated” robotic copies of him from within capsules. BoBoiBoy start fighting them but they were too many. BoBoiBoy, by using his lightning element, attacks them. Fang, released his anger and jealousy towards BoBoiBoy by summoning his Shadow Tiger and order him to attack one of the fake BoBoiBoy and having fun to see his tiger biting BoBoiBoy. PasteBot continues to make more pirated copies. BoBoiBoy manage to defeat Gijimo and his pirated robots. They uses CopyBot and PasteBot to make another engine and return to TAPOPS. Tarung congrats BoBoiBoy for his another victory. BoBoiBoy remarked that Fang was the one who finds Gijimo first. Tarung congrats him, this makes Fang very happy that he is more popular than BoBoiBoy now. 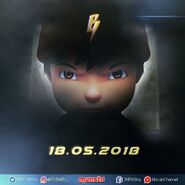 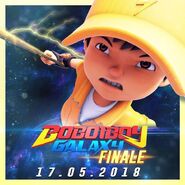 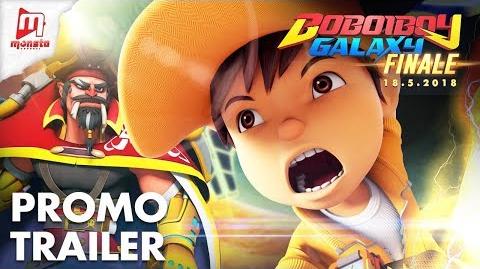 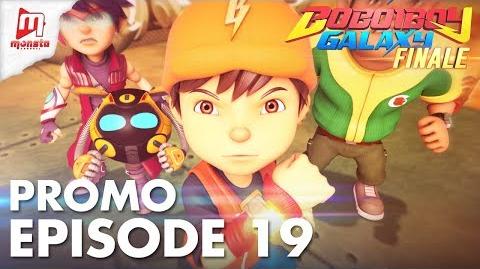 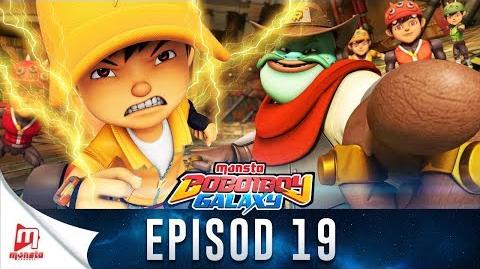