Captain Kaizo is the leader of his team as well as Fang's older brother.

Kaizo was born and raised on a planet named GogoBugi[1] under two loving parents. When he was nine years old, his younger brother Fang was born.

When his planet, by extension, his parents, were attacked by Bora Ra to capture a Power Sphere named EnerBot, his mother told him to take his younger brother out of the planet with him. Kaizo got his power from EnerBot[2] and he alongside his brother was saved by an admiral named Maskmana[3]. After running away from Bora Ra, Kaizo learned to control his power and improve his skills and abilities.

Kaizo later started his own group dedicated to finding the right owners for the Power Bands. Fang also joined Kaizo's team, where Kaizo began training him.

Captain Kaizo made his debut in Season 3, Episode 20 as an unknown, un-credited character talking to Bago Go and became one of two witnesses to Ejo Jo's escape.

He made another appearance in Season 3, Episode 24 with a more major role. He showed up with his spaceship to easily defeat his rival and his PETAI robots with the help of his alien, Lieutenant Lahap. Later, he threatened BoBoiBoy and his friends to hand over power their Power Bands and told Fang to fight with BoBoiBoy because of his refusal to hand them over.

After being defeated by BoBoiBoy and his friends with Fang's aid, Kaizo accepts his defeat and congratulates them for proving that they are worthy of their Power Bands. He revealed that he has embarked on a mission to save the galaxy from a tyrant and required necessary resources to do so. He offered them to cooperate with the said mission, only for the kids to reject it due to his extreme ways. After returning them to Earth, Kaizo gives Fang the choice to either return to his team or stay on earth, in which Fang chooses the latter. Fang eventually reveals to his friends that Kaizo is his older brother.

Before his departure, he warned BoBoiBoy that after him, the others would come to Earth, foreshadowing an epic battle between BoBoiBoy and his friends against Tengkotak.

Kaizo was called by Koko Ci for help TAPOPS for facing Jugglenaut. It was known that he is on a secret mission. He made brief appearance in Episode 13 alongside Fang. In the next episode he alongside BoBoiBoy Thunderstorm are working together to defeat Jugglenaut. After Jugglenaut defeat, he continues his secret mission.

In Episode 22, it was revealed that his secret mission is finding a Power Sphera named StealthBot on the Space Pirates Colony, which was saved by the space pirates leads by Captain Vargoba. He disguise as one of the ship cleaner.

Kaizo appears in the 2nd movie, swooping in to save the remaining TAPOPS members from the exploding station with his energy shields and planting a tracker onto Retak'ka's ship.

Kaizo was later tasked by the space council to investigate a planet Retak'ka has attacked. While there, he and Fang find that the army was completely defeated, much to his shock. He reported his findings to the Space Council.

Kaizo makes a cameo at the end, alongside the other commanders and leaders of TAPOPS, to congratulate BoBoiBoy on his victory.

Kaizo is a well-built individual with dark purple hair and bright red eyes. He dons a helmet-mask that can come down and cover his face at will. He has noticeably similar features to his younger brother Fang, including his hair, eyes, and gloves. Since he greatly resembles a regular human being, it's hard to tell that he's actually an alien.

He wears a blue and navy trench coat, armed with white shoulder guards that have the same color and design as his mask. Said mask usually drops onto his face when he uses his powers. Kaizo sports a golden watch with a cyan face and wears a pair of dark fingerless gloves that are very similar to Fang's. Around his waist, Kaizo wears a white belt with an orange hexagonal shape as it's buckle. He has dark navy pants, the same color as an upper shirt, decorated with patches of blue.

In BoBoiBoy Galaxy, his outfit was changed into light blue coat with amber lines and black trousers, with navy blue gloves and red belt with yellow lines and some pockets. His mask is now colored gray with blue eyelines. There's a TAPOPS badge on the right arm of the coat. He still has the scar on his left cheek that he got from the battle at the final episode of the original series.

Kaizo is a strong, confident, and sometimes arrogant individual. He is not one to shy away from what others may deem immoral, hardly hesitating to command Fang to fight BoBoiBoy's Gang when they refused his orders. Kaizo is not easily intimidated by others and has been implied to hold his own against powerful aliens such as Bora Ra and Ejo Jo, making his name out as the 'Legendary Space Rebel'.

Kaizo is confident, calculating and seems to be a very smart individual, as he was able to figure out that Fang had gone against him before he even revealed himself. He doesn't hesitate to use force to get what he wants, even from his own brother, whom he painfully punishes for insubordination. Despite his cold demeanor, Kaizo is shown to be honorable, best shown when he offers BoBoiBoy's gang a second chance to fight him and Lahap to prove that they could keep the Power Bands. After seeing their full potential, he offers BoBoiBoy a position in his team, but when he refused, Kaizo respected their decision and instead opted to warn them of future dangers.

Although Kaizo is quite cold and indifferent to the people around him, he can still show affection to his younger brother, best shown in Kaizo's pet name for Fang, 'Pang'. Kaizo's affection for his brother was shown yet again in BoBoiBoy Galaxy (Episode 14) when he ordered Fang to stay out of the battle to keep him safe (under a guise of arrogance) and when he gave up his shield to protect his brother while risking getting hurt himself.

When he made his reappearance in BoBoiBoy Galaxy, he still retained much of his cold, yet confident personality. He arrogantly made it clear that he could take the Jugglenaut on a one on one battle and demanded everyone 'stay out of it'. However, it was revealed that his arrogance was just a pretense to keep the others from getting hurt in the battle, especially his younger brother, while upholding his ruthless reputation. With this new revelation, it's not a far stretch to see that Kaizo acts the way he does because it's his way of protecting others.

It appears that Kaizo has not always acted like this in the past, shown to be much more caring, gentle, and kind in his youth when growing alongside Fang and his parents. Kaizo hardened his personality after the incident in which Bora Ra had attacked his home and he failed to protect his brother.

Kaizo derives his power from his mask and gives him the power of Energy Manipulation. With this method, he is able to a wide array of skills. With the mask, he is able to power up his strength, giving him the power to knock even the largest opponents away with a single punch or kick. With his Energy Manipulation, he can also enhance his speed, even to keep up with the likes of Thunderstorm, who is considered to be BoBoiBoy's most powerful form attack-wise. He can also overload objects with raw energy to cause them to implode. To protect himself, Kaizo can summon a barrier which can absorb most attacks.

His only known weakness is that Kaizo is unable to focus his energy on more than three targets, shown when enhanced the power of his sword, he had to disarm his energy handcuffs and shield. While powerful, Kaizo's Energy Shields have a limit and will break upon multiple strikes or a powerful attack.

In Episode 14 of BoBoiBoy Galaxy, he uses an upgraded form of his mask, known as the Amber Mask. His already powerful powers become amplified and are shown to be extraordinarily strong, almost too strong. It is unknown why Kaizo didn't activate this form from the beginning, but Fang's reaction implies that it has a possible weakness.

There is a reason why Kaizo is known as the 'Legendary Space Rebel' and that's the proficiency and strength of his skills. He doesn't only in his powers of his mask and Energy Manipulation, but also on his raw skills that he had learned, probably from a soldier-esque background. Kaizo is shown to be incredibly agile and durable, even able to survive after BoBoiBoy and Fang's most powerful attack. He can also summon an Energy sword, which he uses along with his exceptional swordsmanship.

Kaizo also seems to have some teaching qualities, being the one to train his younger brother Fang in the art of combat and even spar on their spare time.

In addition to just combat, Kaizo is also a skilled actor and was able to flawlessly change his persona to a friendly and kind janitor when infiltrating the Pirate Crew, even though that was the opposite of his true personality. He was able to befriend some of the pirates to the point where they did not suspect or doubt his loyalty.

Question on Fang's (and Kaizo's) parents 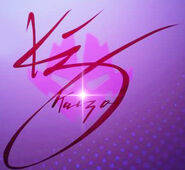 BoBoiBoy Wiki has a collection of images and media related to Captain Kaizo.