Ejo Jo was seen wearing his armor suit and landed in front of BoBoiBoy. He tried to defeat him, but kept on using his powers until he was defeated, Adu Du in Mukalakus punched Ejo Jo away to save him.

Mukalakus turn around to face Ejo Jo, BoBoiBoy was happy when Mukalakus attacked Ejo Jo. Adu Du told BoBoiBoy to split into three for a help. Meanwhile, Tok Aba and Ochobot arrive at the rooftop of Ejo Jo's spaceship to rescue BoBoiBoy's classmates and friends. They both got in... Tok Aba wore Ejo Jo's armor mass to scared Ochobot. Ochobot thought that he was captured by Ejo Jo.

Ejo Jo attempted to transform Mukalakus to glass but it was blocked. BoBoiBoy Quake then used the Earth Upward to attack him, when he fell down, he projected Earth Spike. Ejo Jo, to avoid hurting himself, attempted Time Manipulation but Mukalakus's laser scratched his helmet. BoBoiBoy Thunderstorm created Thunderstorm Rain but Ejo Jo use Time Manipulation and transformed all of the Thunder Blade to wood and plastic. Then, BoBoiBoy Cyclone and BoBoiBoy Quake created Sand Storm.

In the spaceship, Ochobot attempted to hack it so they could open the door, the scanner recognized Tok Aba's helmet and it opened, while Ejo Jo is being disturbed by the Sand Storm, Adu Du quickly fired him with Mukalakus's laser, and Yaya, Ying and Gopal's bands were out of his container.

Tok Aba found BoBoiBoy's friends and told them to be silent. Gopal shout Tok Aba's name that made Ejo Jo's Computer attention to them. Papa Zola make a strategy to make it look out to BoBoiBoy. Ochobot successfully hacked Ejo Jo's Ship to release them all, Ejo Jo felt weak after that and Mukalakus slowly walk towards him. Ochobot found Fang still fainted but his power band was missing, it was revealed that Ejo Jo stole it, he created a Shadow Cocoon to trap BoBoiBoy and his friends. 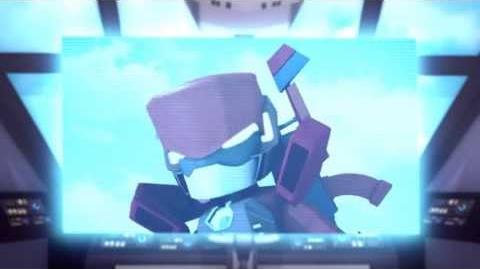 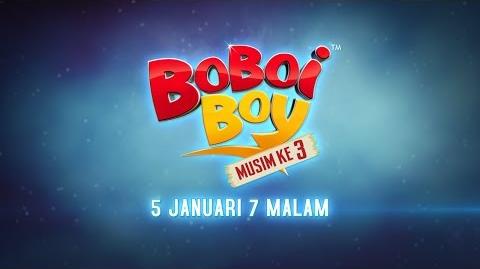 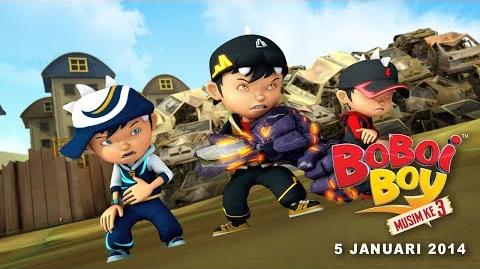 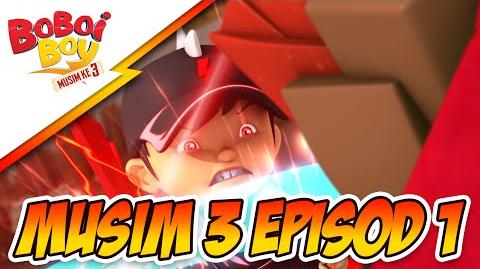 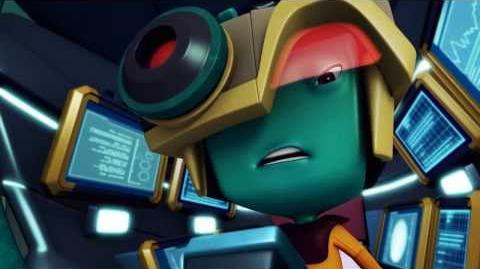