BoBoiBoy Water, also known as BoBoiBoy Air, is one of BoBoiBoy's new elemental forms. He made first appearance in Season 3, Episode 18. His second evolution form is BoBoiBoy Ice.

BoBoiBoy Water is shown wearing long-sleeved black shirt with cyan blue vest. He also wear the black trousers and a pair of black, icy cyan blue, and white shoes. His hat is also in dinosaur-style, with the icy blue colour worn directed forth.

When BoBoiBoy first turned into BoBoiBoy Water, he was chubby and moved sluggishly. His sluggish form caused his powers to be rendered as useless because the usability of his powers depends on an active-moving body. Later in Season 3, Episode 19 after he went through weight loss training created by Papa Zola, he changed significantly in spite of size and activeness for the better.

In Galaxy, he is shown to be considerably more mature and taller but still has the same color scheme. He currently wears a long-sleeved cyan blue vest which is zipped all the way and the emblem of his main power can clearly be seen. He also wears a white shirt underneath with black pants, a blue belt and grey boots. However, unlike other elemental forms, he does not wear any armbands.

BoBoiBoy Water is the most relaxed and laid-back form. He dislikes engaging in combat and much rather attempt to subdue the opponents via a discussion in hopes of stopping them from fighting. Water is shown the weakest element and not to be easily entertained and gets bored easily when doing things he doesn't want to do. Despite being just as strong as the other forms, his laziness gets in the way and often times, Water just doesn't use his full potential. However, he outgrows this trait in the fight against BoBoiBot, where Papa Zola finally convinces him to get a little serious once in a while. After this development, Water is much more willing to fight, but still showcases his laziness by sitting on his water bubble.

In BoBoiBoy Galaxy, Water has completely outgrown any laziness he had when BoBoiBoy was younger. Instead, Water is now one of the most mature of the elemental forms, but retains his relaxed attitude. Water in personality is a polar opposite of BoBoiBoy Fire, who is more violent and aggressive. Water seems to also have a fondness for nature and was enjoying the scenery in a relaxed and calm matter. 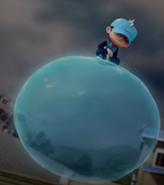 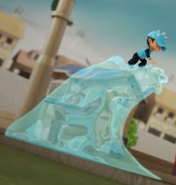 BoBoiBoy Wiki has a collection of images and media related to BoBoiBoy Water. 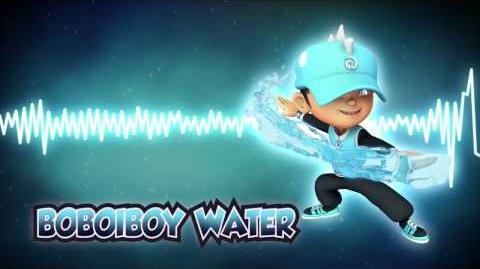 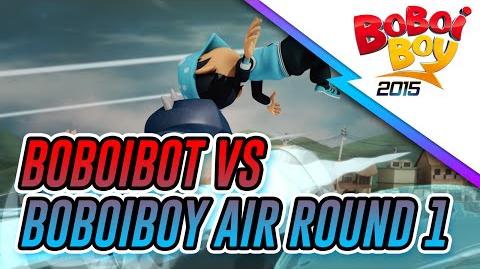 BoBoiBot vs BoBoiBoy Air Round 1 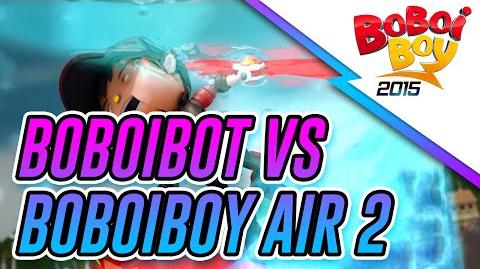 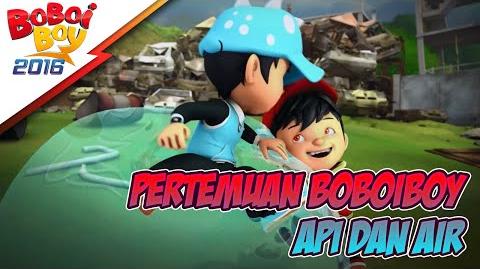