BoBoiBoy and Gopal help Cici Ko fight off Space Pirates who are trying to capture a Power Sphera named Motobot.

In the middle of an asteroid belt, Space Pirates are chasing a ship piloted by Koko Ci (known as Cici Ko during BoBoiBoy: The Movie), who is protecting a nervous Power Sphere named MotoBot.

Koko Ci eventually manages to hide from the Pirates on an asteroid. Realising they are trapped, he resorts to contacting Earth's mightiest superhero: BoBoiBoy.

On Earth, three kids are playing football. One boy attempts a "Lighting Kick" on the ball that fails, but ultimately scores a goal. BoBoiBoy—now 14 years old—watches the football game from Tok Aba's cafe with Gopal.

He sadly asks Gopal if he's bored as it has been a long time since they've done any "superhero stuff". The last time he used his powers was to save a cat, reinforcing that it's not fun if they can't use their powers properly. Gopal agrees and wishes there was someone they could help. At that moment, the football kids ask BoBoiBoy and Gopal to help get their ball out of a tree. The boys seize this opportunity to finally use their powers.

Meanwhile, the Space Pirate Captain bypasses Koko Ci’s communication signal in order to locate them. A transmission is sent and Koko Ci masquerades as a janitor to fool them. He cuts the transmission by "accidentally" knocking a mug of water onto the dashboard, angering the pirate captain. Koko Ci locates BoBoiBoy and starts to contact Ochobot.

It turns out to be Koko Ci contacting them through Ochobot and he asks them to open a teleportal for him to escape from Space Pirates. Ochobot does so, but the pirates’ ship latches onto Koko Ci's ship before they pass through. BoBoiBoy eagerly seizes the chance for him and Gopal to be superheroes again.

BoBoiBoy transforms into Wind and blows the Pirate Minions back to their ship. As the fight continues, Koko Ci explains BoBoiBoy’s powers to a stunned MotoBot. Ochobot tells BoBoiBoy that he can't close the teleportal unless Koko Ci's spaceship passes through it completely.

Gopal fires Food Transformation blasts from the ground at the pirates to help. Ochobot urges him to transform cables which are preventing Koko Ci's spaceship from escaping. Gopal does so but some of his shots accidentally change parts of the hull into food. Lightning defeats the Pirate Minions that attempt to infiltrate it.

As the cables begin to break, BoBoiBoy splits into three to defeat the Pirate Minions surrounding him, and Lightning cuts the last cable with his Lightning Blades. The captain grapples his hook on to Koko Ci’s ship to prevent him from escaping again, but OchoBot successfully closes the teleportal and cuts him off. The spaceship crashes to the ground, grinding to a halt in front of the cocoa shop.

After the battle, Koko Ci explains that he was chased by the Space Pirates since he rescued MotoBot from them and prevented them from taking and using him for their evil intents. He introduces himself as a commander of TAPOPS (Trackers And Protectors Of Power Spheras) and invites BoBoiBoy to join TAPOPS. However, he refuses because he has to protect everyone on Earth. Gopal and OchoBot disagree since things have been quiet around Rintis Island. Understanding his feelings, Koko Ci gives him time to think while he repairs his spaceship.

In the Pirates' spaceship, the minions gather information on BoBoiBoy and Gopal’s capabilities. The captain is shocked to find that their different powers were given to them by the same Power Sphere, and commands his minions to locate the Power Sphere staying with them (Ochobot) through his old hook.

While repairing his ship, Koko Ci finds said hook, but thinks nothing of it and tosses it away.

There are only two kids and the goal scored is not seen. 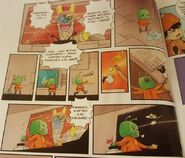 Chores done by Cici Ko as a janitor

A regular mop into a vegetable

Only one Pirate Minion and MotoBot hiding behind Cici Ko

MotoBot forced to join the dance

Differences in the English dub

All of the above errors were corrected when the episode aired on TV3 and the full episode was uploaded to Monsta's YouTube account.

Gopal's hair change back to normal instead a messy hair.

The tree behind BoBoiBoy Wind change back to normal instead a candy tree.

The hands of red-hat kid with its shadows were asynchronous. 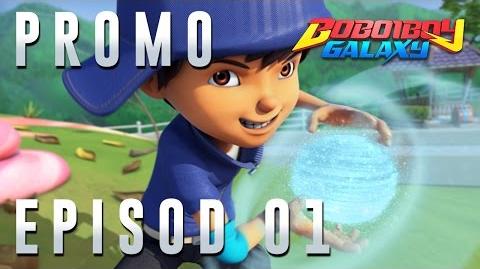 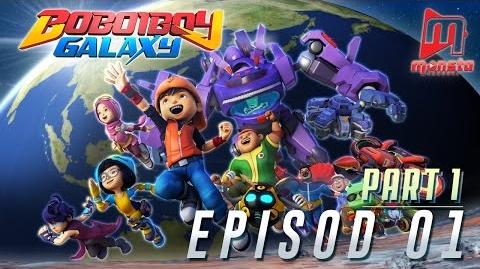 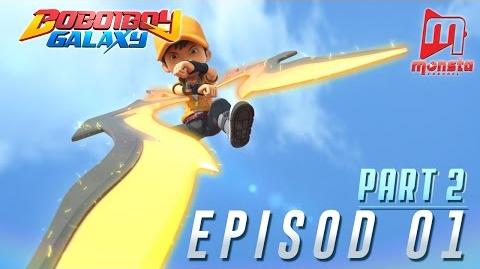 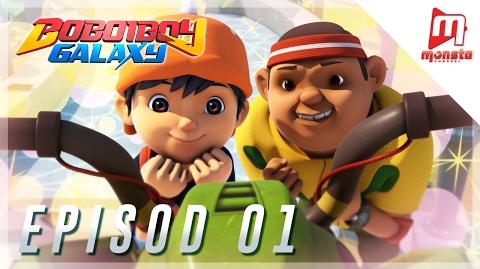