A distressed Cattus returns with Team BoBoiBoy to his desert home on Planet Gurunda and finds it under attack by the robotic mercenary called B.R.R.O.

The episode begins on Planet Gurunda, where a group of cactus-cat aliens are living peacefully at an oasis. A strange spaceship suddenly arrives and a figure — a robot — steps out. It announces its return, causing chaos to ensue.

At the TAPOPS Station, BoBoiBoy's Gang is playing an arcade cabinet titled 'Dance Master'. Their fun is disrupted by a message from Admiral Tarung, informing them that Cattus has gone on a rampage, and are ordered to try to calm him down.

The gang find Cattus roughhousing with Papa Zola. BellBot explains that Cattus has been overwhelmed with an uneasy feeling about his hometown.

BellBot also elaborates on his and Cattus’ original partnership. Cattus had transformed to protect his family from a Power Sphera hunter, but was ostracized due to his monstrous transformation, and so left his home. After relaying the story to Tarung, who is moved to tears, the gang get his permission to return to Gurunda to search for Cattus' village.

Once on Gurunda, the planet's unbearable temperature prompts BoBoiBoy to transform into BoBoiBoy Water in an attempt to cool off, but the water he produces immediately evaporates. Once they arrive at the village, Cattus runs in, happy to be back home, only to accidentally trigger a trap that releases a mysterious cloud of smoke that scrambles OchoBot's scanning systems. BoBoiBoy transforms into BoBoiBoy Wind to clear the area.

The robot from the beginning of the episode makes its appearance, introducing himself as 'Accurate Ballistic Arrow Mercenary', otherwise known as A.B.A.M. (Ballistic Ranged Robot Offense, aka B.R.R.O. in English). A.B.A.M is revealed to be the Power Sphera hunter whom Cattus had first defended his village against. Yaya and Ying engage the robot in combat to stop him from trying to capture Cattus. Cattus, however, refuses to transform, terrified of being persecuted again for his transformation. As Yaya and Ying attempt to attack A.B.A.M., BoBoiBoy tells the others to get Cattus away from the heat of the battle.

A.B.A.M. manages to completely dodge Yaya and Ying's attacks and launches a counterattack. Seeing his friends in danger, BoBoiBoy transforms into BoBoiBoy Leaf to catch them in his Woven Leaves. Gopal, frightened of the battle, decides to let BoBoiBoy battle, believing that he would fare much better. Using their powers, Yaya and Ying attempt to attack A.B.A.M. once again, but they are countered by his Flash Grenades and are temporarily blinded. Leaf attempts his own attack, but the attempts remain futile.

Leaf manages to dodge some of A.B.A.M.’s attacks and taunts him, but it was revealed to be part of a plan to trap Leaf in place. Yaya and Ying manage to recover from their blinded state but are quickly frozen in place by A.B.A.M. Realizing that he needs help, BoBoiBoy performs an Elemental Split, calling out BoBoiBoy Fire and Wind. Fire and Wind try to free Yaya and Ying, but Leaf‘s influence on their behaviours as the de facto leader of the trio make their subsequent actions childish and unpredictable, confusing A.B.A.M. Realizing that they aren’t melting the ice any faster, Fire and Wind attack A.B.A.M., but are countered once again. Gopal suddenly appears in battle, transforming A.B.A.M.'s rockets into vegetables.

With Leaf as the leader, the other elements get distracted by the transformed vegetables and stop to munch on them, which confuses A.B.A.M. once more. As A.B.A.M. attempts to attack Gopal, he begins dancing to avoid the attacks. A.B.A.M. is once again confused because his moves are too 'random'. Leaf, Fire and Wind join Gopal in dancing to the TAPOPS theme song, allowing them to finally defeat A.B.A.M. with their unpredictable moves. Gopal does a finishing blow, transforming A.B.A.M.'s torso into a Rattan Basket to make it easier for Cattus to attack him. Although hesitant at first, Cattus transforms and completely destroys A.B.A.M., finally drowning him in the village's oasis.

With the villan defeated, Cattus reunites with his family, who have realized that they don’t have to be afraid of Cattus since he now has friends who don’t fear him. They apologize for being afraid of him and thank Cattus for protecting them. 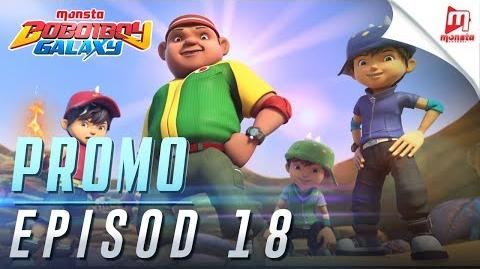 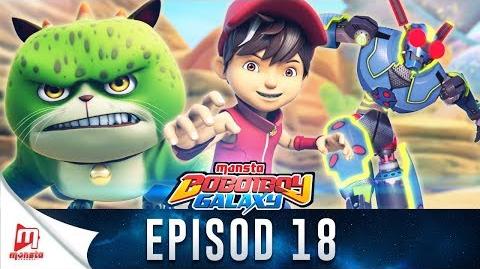